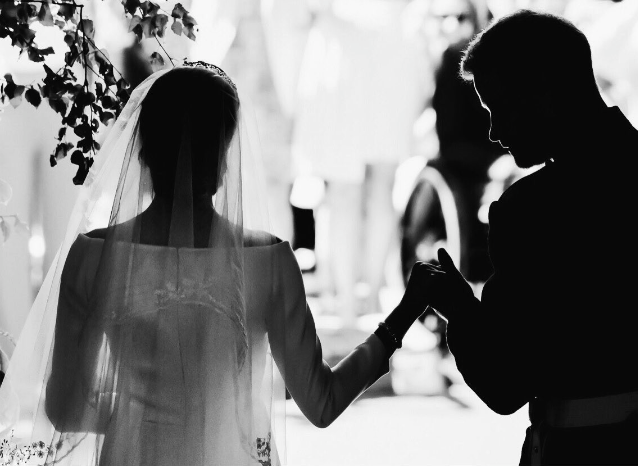 As a lifelong royal watcher, I am accustomed to the regal majesty of a royal wedding, but the May 19th nuptials of Prince Henry Charles Albert David Wales and Rachel Meghan Markle surpassed my exceptions. In every way. It’s not easy to make a royal wedding, viewed by millions across the globe, look & feel intimate, like a true family wedding, but somehow, they did.

On a day when the UK enjoyed California-like weather, a California born actress, divorced, biracial, a proud feminist and only child of a single mum, married into the British Royal family, forever after known as Her Royal Highness.

It was a ceremony that perfectly blended British regal precision with American exuberance & warmth.

A gospel choir sang a song connecting the world of civil rights activism, harmonic American classic songwriting & inspirational solidarity. And the whole world stood by them as they did.

A bishop from Chi town brought a little church up in here & the usually staid royals felt the spirit through their giggles.

The red carpet of Hollywood unfurled on the ancient grounds of Windsor, with starlets & titled Aristocrats taking their spin for the title of Best Dressed.

The heir to the British throne took under his royal wing an African American single mum, guiding her, caring for her, like family does. Two people who couldn’t be more different in upbringing & life experiences, unified in their love for their children. He, softening the oft times chilled reactions that greet him. Her, proving you don’t have to be born royal to be a true Queen.

This mum. A social worker, yogi, dog lover with locs & a pierced nose, won the heart of the world with her grace & soft warm eyes, brimming with prideful tears.

And I know that sometime people don’t want to talk about race. It makes them uncomfortable. They ask, “Why does everything have to be about race?”. It doesn’t. Except when it does. This is one of those times.

It should be celebrated that a woman of color is now in the intimate fold of the British Royal family. It is not an insignificant thing. It means that a variety of voices & experiences will be at the forefront of how the monarchy moves forward.

The ONLY way the monarchy moves forward is if it stays relevant & changes with the times. Princess Diana was the catalyst for that awareness & we see that awareness carried through by her children. We live in a global world. In the UK 1 in 10 couples are in an interracial relationship. The royal family is now part of the fast-growing demographic. That matters.

I saw so many comments on social media on the day of the wedding from parents of kids of color who said that their children, especially girls, some as young as 5 years old, saw themselves reflected in Meghan. And while the goal for our children should not be to marry a prince, representation in all facets of life matters.

When a child grows up NOT seeing her/himself as CEO’s, Presidents of nations or key members of historically white institutions, be it a Fortune 500 boardroom or Buckingham Palace, it can limit their ability to dream bigger for themselves, to believe that they belong wherever their dreams & hard work takes them. That’s why it matters.

Another thing worth noting is that, whether by design or just coincidence, Meghan featured women in prominent roles in her wedding. Her dress was designed by one of the few head designers of a top fashion house. Her cake & flowers were created by women owned businesses & even the choir director was a woman. Again, I don’t know if that was a conscious decision, but I’d like to think that it was.

It’s been reported that during her reception speech, Meghan proudly claimed her feminist status. She has a proven track record of advocacy for the empowerment of women. That this commitment would carry over into the planning of her special day is a logical & welcomed possibility.

One of my favorite things was watching how giddy the American news anchors got when they saw the carriage pass by their mobile news stations.

Normally staid political reporters were jumping up & down squealing & in tears. It doesn’t matter who you are (or how many times you say you’re just not that into the royals), when you see them up close, you turn into a tween at a One Direction concert; trust me, I know from firsthand experience.

Marrying into any family is not easy. Marrying into the British royal family and all that comes with it requires a unique disposition of internal fortitude, strength, confidence, presence, humility, public speaking ability, telegenic appeal, relatability & warmth.

From everything we know about Meghan, it would seem she was born for the role. And I’ve never ever, ever seen Harry so happy. The looks on his face throughout the day, well, I mean, that is what it’s all about. I get chills & teary eyed just thinking about it. I have a feeling HE feels he married up.

And as my 99-year-old god grandpa, who was married for 75 years used to say: the key for a long & happy marriage is for the husband to know that HE’s really the lucky one.

The British Prince and his all-American girl.

It was a day for the world, no matter how jaded or cynical, to rejoice & believe in the power of love, as Bishop Curry proclaimed.