Models of color on the covers of major fashion magazines. It’s a good thing, right? Well, yes and no.

Seeing such diversity and actual models (as opposed to movie/TV stars) on covers of major fashion magazines is refreshing. The loss of that exposure has had a grave impact on the career paths of professional models. A cover can make a career.

…it seems there is an unwritten, rarely spoken about rule that models of color have to share this pivotal moment in their career. 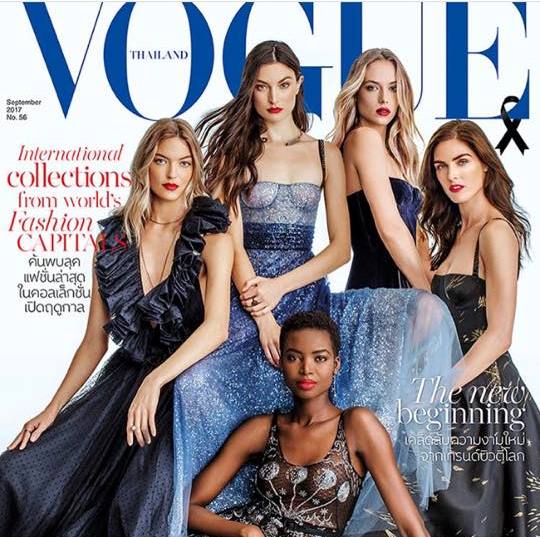 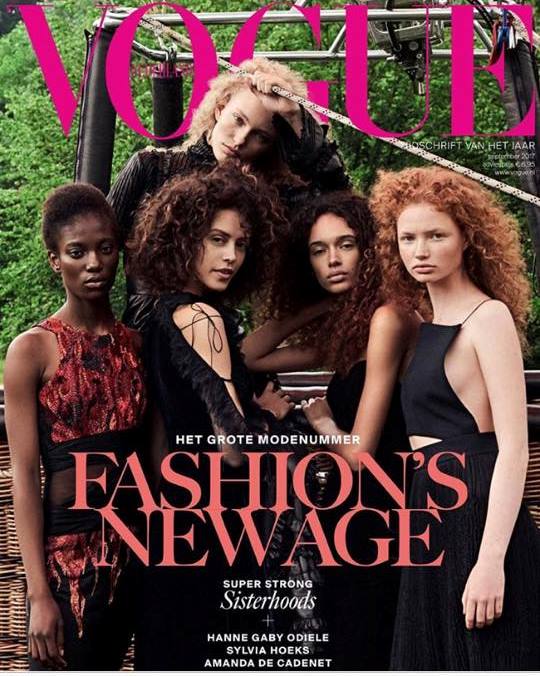 And quite often, the cover story is about diversity, basically highlighting the fact that the editorial team has decided to put women of color on the cover. It almost makes it feel like a gimmick. Instead of just putting a woman of color on the cover and letting THAT be its own powerful image, it becomes a “thing”, a “look at what we did” moment.

To be clear, I fully appreciate and want diverse beauty represented in fashion, advertising, and art. But if you have to draw attention to the fact that you are doing something, perhaps that is a clue that you don’t do it enough.

Maybe it’s the former model in me, but I am sort of selfish minded for these girls. To get a cover of a top fashion magazine is one of the apexes of any model’s career. It’s even more coveted now that models rarely get that honor: for the past fifteen or so years, cover girls aren’t professional models; they are Hollywood starlets. So when a model gets a cover, it’s a big damn deal for her career. And yet a shared cover happens primarily – I’d argue it ONLY happens – when the cover includes a Black model/MOC.

Further, when there is more than one model of color on the cover, they are usually in a range of skin tones, from light to dark. Again, the message is a seemingly positive one: “Yea! Diversity! Look at all the pretty colors”. It would be MORE powerful…and genuine to the message of diversity…if just ONE model was on the cover…especially if she were a dark complexioned model.

Our culture puts a higher premium on lighter complexioned women of color. I say this as a woman who falls on the lighter hue chart herself. The privileges I experience in life, based on that reality, were not only restricted to my modeling career; they extend to my life, day to day, every day, as a woman of color in America. I am afforded more opportunities, acceptance and accolades because my skin skews lighter. My lighter skin makes me more palatable to those who might hold biases towards people of color. People never know WHAT my identity is. Makes it a bit harder for them to figure out how to discriminate against me too.

The first time, in its 32 year history, that Sports Illustrated put a Black model on the cover of its career making swimsuit issue, she was not alone. Tyra Banks shared the cover with Valerie Mazza in 1996. 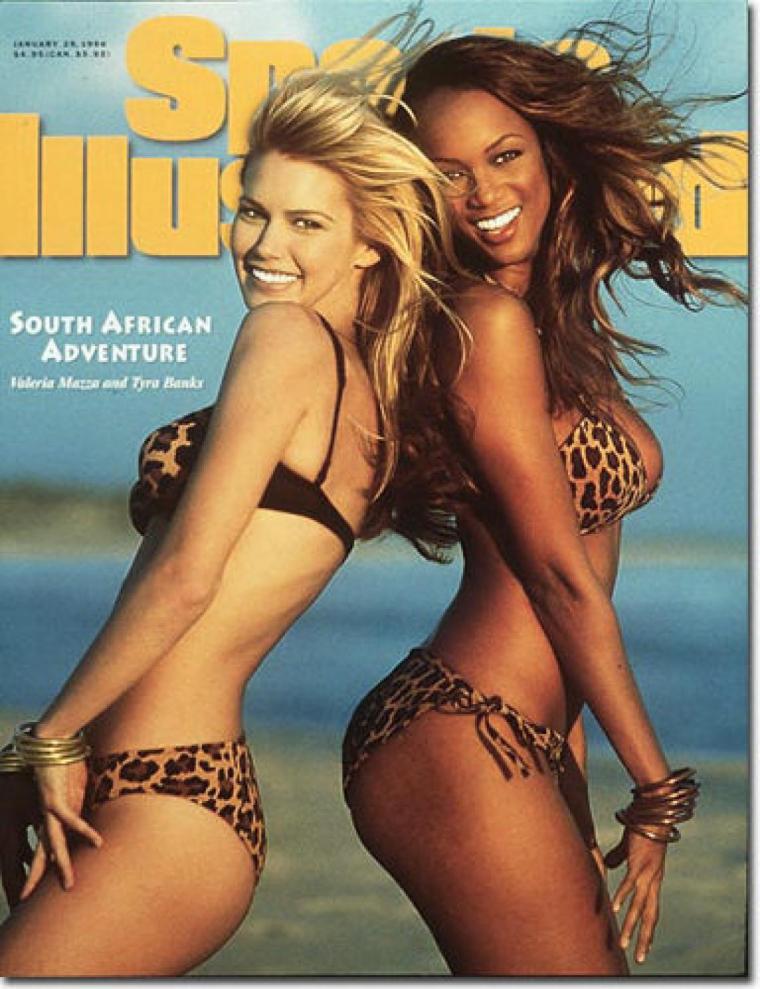 It’s almost as if they were testing the waters. Once they saw the positive reaction her appearance received – and that the world did not come to an end – the next cover was hers and hers alone. Tyra’s cover turned out to be one the most popular and iconic covers in the magazine’s swimsuit issue history.

It was the first…and last time that a Black model was on the cover alone…until this year’s 2018 cover model, Danielle Herrington (I’m assuming she is Black TBH). That’s 21 years between the two. And only two in 64 years.

There HAVE been a few Latina models on the cover. When Chrissy Teigen was on the over in 2014, (she’s part Thai) she shared the cover with two other girls.

In May 2017, American Elle issued six covers, with six different models, each solo on their respective covers. Two of them were MOC: the stunning Jasmine Tookes and the radiant Maria Borges. Instead of just giving one model a cover, they dilute…for lack of a better word…the power of that one image. Why not just give one cover to Maria? And then maybe another cover later in the year to Jasmine? Why must they be a package deal, folded in with stunners – but super safe choices – like Hailey Baldwin and Bella Hadid?

This isn’t to say that it happens all the time. There ARE times when black models grace covers alone.

In 2015, Jourdan Dunn was on the cover of British Vogue alone. However, that was the first time in ELEVEN years a Black model had graced the cover alone. The last time was 2004 with Naomi Campbell.

Thankfully we didn’t have to wait another 11 years for it to happen again.

In 2017, with Edward Enninful at the helm as the magazines new EIC, his premiere cover in December featured Adwoa Aboah. By herself. Progress.  This is a reminder that diversity BEHIND the scenes, among key decision makers, in ANY industry, is vital to ensuring that a wide range of sensibilities, truths and experiences are reflected.

I recently saw the May 2018 British Vogue cover and it is exquisite. It also has nine models on it; most of them WOC (as best as I can tell). I will add, however, that this cover does represent an even bolder diversity with a model who is not a size two and another model wearing a hijab. I actually contemplated not including it as an example to make my point of this essay because it is SUCH a powerful cover. But how powerful it would have been if each of these models were given a cover all to herself? I can’t help thinking about that.

Taking Mr. Enninful out of the equation, why do fashion editors at these magazines make these art direction decisions? Is it flat out racism? I don’t think so. I think it’s more innocuous and subtle form of bias. The type that seeps into our everyday lives. People often ask “why does everything have to be about race”. It doesn’t. Except when it is.

I don’t have any empirical evidence on this, so I can only speak to my own interpretation of why Black models/MOC are often required to share a cover, but in broad stroke terms I think it represents a lack of awareness and ingrained biases implicit within the fashion industry, advertising and marketing. I’ve worked as both a professional model, and then, later, in advertising, at both the creative and account management ends. In both realms, I saw how the lack of representation in decision making roles created a limited view of the world they were trying to serve.

It’s important that decision makers understand the decisions they make have serious implications for many young (in particular) women who look at these images and make a direct correlation between them and their own self-worth, beauty and value in society.

At the end of the day, every decision comes down to money and advertisers. If they put one Black model on the cover…especially a dark complexioned model…there may be an unconscious fear of “offending” some of their readers and advertisers. But they want to “address” diversity, so they put a few models on a cover, ideally a white model to distract as needed, call it the “diversity issue” and pat themselves in the back for their bold artistic decisions.

I consider that a cop out.  Put a dark skinned beauty on the cover. Don’t explain it or justify it. Just put her beautiful face on the cover. And while we’re at it, where are all of the Asian models? That’s another story for another day. Representation for them is woefully lacking in this realm (the aforementioned May British Vogue cover is a refreshing exception).

It didn’t always used to be this way. In the mid to late 80’s and into the early 90’s, Black models graced the covers of top magazines solo, with no “diversity” fanfare. A lot. Each of these supermodels, Karen Alexander, Kara Young and Louise Vyent had at least 10 that I counted during a quick google search. There was no fuss about diversity. They were just there, in all of their Black Girl Magic glory. I’m really not sure why it seems that progress regressed over the years. But it did. 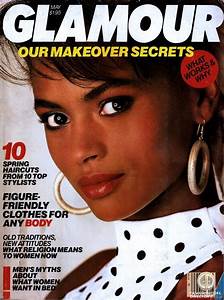 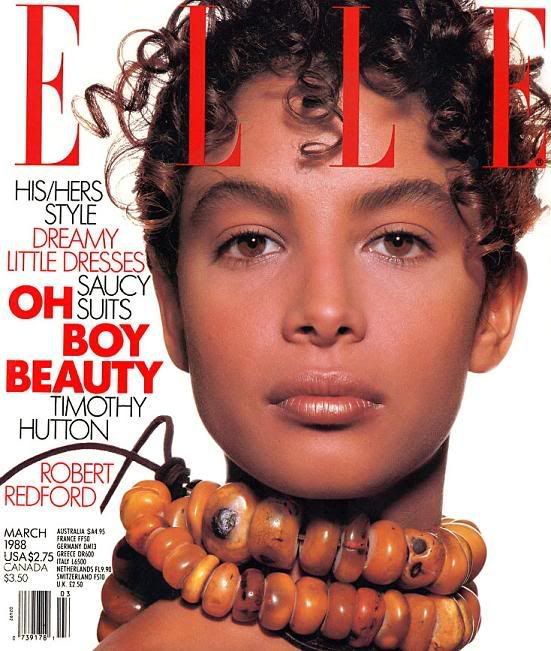 When I’ve mentioned this new phenomenon with covers to folks in my circle, many of whom are people of color, many who are not, but most who follow fashion and style and beauty trends and all who are, as the kids today say: “woke”…they are shocked. Shocked that this is actually a thing, but even more so, shocked because they sheepishly admitted they never noticed the thing. They were so busy celebrating the fact that models of color were actually getting covers that they missed the problematic pattern of these covers. 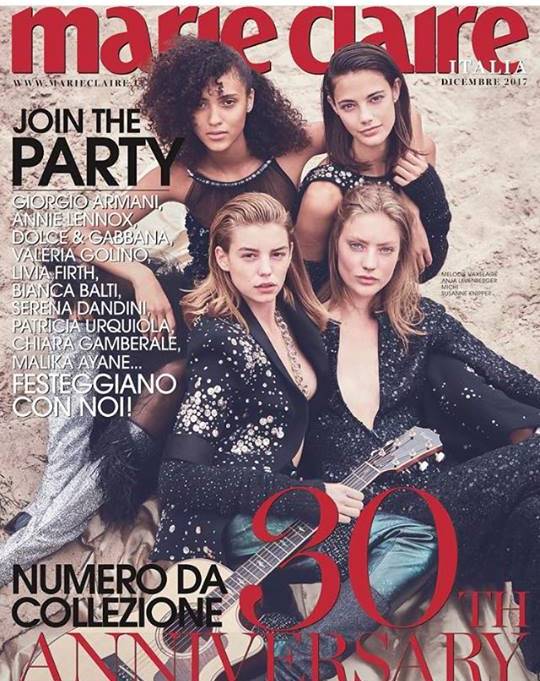 I want to make it clear that I am so very proud of these cover girls. As a former professional model myself, I fully understand and appreciate what it means to get a cover – any cover – in this highly competitive industry. I celebrate in their success and nothing I’ve written should be interpreted as negating their professional accomplishments. I simply would like to see each of them given the chance to shine in their own light, on their own covers. It is a good, positive, powerful thing…for them professionally…and for us collectively…to see the rich diversity of our humanity reflected in these images. I’d rather have them on these covers, than not at all. I just hope there comes a day when this diversity is presented, not as “otherness”, but rather as just part of the expected landscape of our collective beauty, with each woman given her moment in the spotlight. ~ Lulu