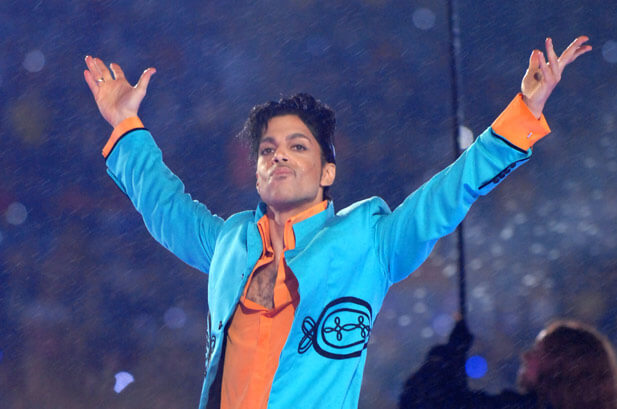 A week has gone by & I still find myself reeling from Prince’s death. But why? If you’d asked me a week ago to name my top five fav singers or songs, he wouldn’t have been on the list. I loved his art of course but he was just not on that list for me. But he was just always there…in my life. And in that existence, people get taken for granted.

I’ve been sort of surprised by the depth of my sorrow. I cried for three days straight. I watched “Purple Rain” several times over the weekend. His music was on repeat. I’m a bit better now. But if I hear “Purple Rain” anywhere, anytime, the tears flow. In truth, the shock of this musical genius’ death has not worn off. If anything, the pain has deepened, the ache has widened, the grief has amplified.

The irony that Vanity died this year at 57 as well. I knew Vanity’s sister back in my modeling days & had the chance to meet her a few times when she attended fashion shows her sister & I were in. She was breathtakingly beautiful. Fragile. Feminine. Shy.

Every time a news reporter on the news said, “Prince has died”, I held my head in my hands & say, “How can this be? I just don’t understand” I mean, I know that people die & maybe that reaction seems odd but I just can’t wrap my head around it. I just can’t. It seems impossible. It just doesn’t seem real. Still. A week later.

I feel this even more deeply than I did Michael Jackson’s death; not to imply that grief can be measured but I just feel this one deep in my soul. Maybe it’s because Prince’s music was more intertwined with my high school & college days, whereas MJ was more my younger years.

Prince was the soundtrack to dance parties with high school besties & head banging sing alongs in college & snuggle fests under the Eiffel Tower with dreamy boys & wild nights dancing in fountains in Milan with supermodels & California road tripping & that one love who insisted that “The Most Beautiful Girl in the World” was written for me.

And then there was that time many moons ago, in the back of a darkened SF nightclub, in the haze & blur of what those kind of late nights bring, where I found myself among a small group of people welcomed into an after party of sorts & there he was, holding court, literally nodding his approval as we sashayed past, lingering for a few moments as he spoke soft words of praise

I got to see him in concert a few years ago. He was sassy, sexy & dynamic. He never stopped moving & grooving & singing & playing. It was exhausting to just watch. But also exhilarating.

Wherever I was, there was Prince. And yet, he was never over exposed so when he appeared on TV it always felt like a distinct surprise.

His presence was so grand, so evocative, so powerful, so impactful. There was no on like him. He was Jimi & James & Michael & Elton & Madonna & Elvis & Gaga all rolled into one little 5’2” package.

Time is precious. Life is fragile. There are no guarantees. Our time on this planet is fleeting. Responding to emails can wait. Setting up meetings can wait. Life can’t wait. Life is right now. In this moment. And if life calls upon you to grieve & cry & feel your emotions, you have to allow space for that to happen.

This is it. This is all we have. This minute. It can all be snatched away in a second. And while you can’t live your life in fear, you can be mindful that NOW is all we have. And so the question becomes: HOW will you spend NOW?

I often say that music is my religion & that music heals all. But right now those musical prayers are failing me.  Goodnight, sweet Prince. xo lulu